Written by miraclesteam on August 2, 2019. Posted in Home Repairs.

Here’s how to outsmart a stopped up or slowly draining kitchen sink and banish clogs for good—without calling a pro. 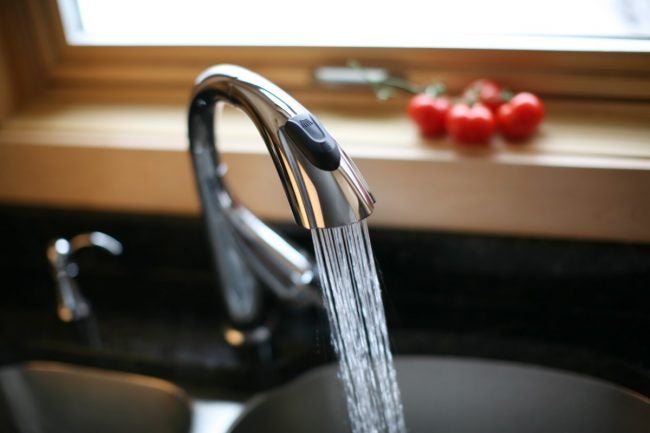 Q: Last night my kitchen sink clogged up while I was in the middle of a load of dirty dishes. By morning, the sink had finally drained, but I certainly don’t want this happening again. Is it a situation I can tackle this myself, or do I need to call a plumber?

A: While a clogged kitchen sink is annoying, most folks can clear up this common problem without a plumber or caustic chemicals. Often, a buildup of food scraps and grunge is to blame for the obstruction. Fat and grease, fibrous foods like celery, starchy stuff such as pasta and potatoes, and even bones can wind up in your kitchen sink accidentally. Although certain food refuse can safely be ground up by a garbage disposal, stubborn scraps and gross goo can eventually stop up a hard-working kitchen sink, so follow this guide to get the drain running again.

RELATED: The Dos and Don’ts of Clearing a Clogged Drain

A clogged kitchen sink with a built-in garbage dipsosal may just have food scraps from last night’s dinner that the unit failed to grind up, in which case running the appliance again could fix the problem. Turn on the tap and switch on the disposal.

If nothing happens when you flip the switch, the disposal’s internal circuit breaker may have tripped due to the clog overloading the motor. Look underneath the unit for a small red button, push it to reset the circuit breaker, and try running the unit again.

If the disposal hums but the blades don’t spin, something is likely jammed in the works. Remove as much standing water as possible into a bucket or bowl and then unplug the garbage disposal (the electrical cord and outlet will be underneath the sink). Shine a flashlight into the disposal and, if you spy an obvious culprit, such as a chicken bone or spoon, use a pair of tongs or plyers to remove it. (Never stick your fingers inside a garbage disposal; those blades are sharp!) Plug the disposal back in, and give it a try.

Problem solved? Great! If not, continue to the following steps.

Sometimes, you can melt a partial grease clog using boiling water. Fill a pot or teakettle with water and bring it to a boil. Then carefully pour it directly into the drain. If the water drains easily, you’ve cleared the clog and you can move on to the kitchen sink maintenance tips, below. If not, try the next step once the water has cooled down. 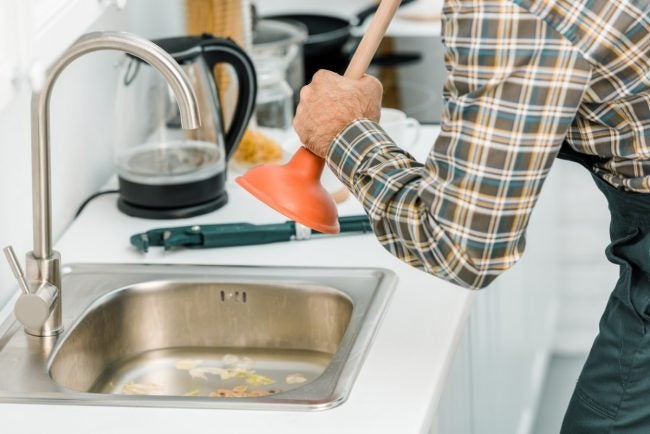 Pick up a plunger.

Plunging will often force a clog down and out of your sink drain. First, if you have a double sink, block the unclogged side with the stopper or a wet rag. For a good seal with the right plunger, you’ll need at least three or four inches of water on the clogged side, so if necessary, run the sink until the water reaches that level. Now, cover the clogged kitchen sink drain with the plunger and vigorously pump up and down for 30 seconds or so. Stop and see if the water easily swirls away, indicating that you’ve cleared the drain. If not, plunge for another 30 seconds. If the clog is still present, try another tactic.

If the above steps fall short, or you have a double sink with both sides stopped up, there’s a good chance that the clog is located in the trap—the U-shaped portion of your sink’s drainage pipe. Gather a bucket to catch water and a wrench, if necessary, to loosen the fasteners holding the trap in place. Place the bucket underneath the trap, loosen the fasteners with your fingers or wrench, and then remove the trap. Inspect it for blockages, using a coat hanger or similar tool to push the offending mass out of the pipe. Rinse the trap clean in a different sink or with a garden hose, and then replace it in its proper position. Run the faucet and see if the water drains normally. If the clog persists, or there wasn’t any blockage in the trap, continue to the next step.

Send in the snake.

A clog may be lodged even further down than the trap—a job for a drain snake. Also called a sink or plumber’s auger, and available at just about any home improvement center for less than $25, this useful tool cranks by hand, sending a thin “snake” of wire into the plumbing to push through blockages.

Before snaking a drain, place a bucket below the trap to catch water and remove the trap. Then loosen the drain snake’s setscrew and pull out several inches of cable. Feed the cable into the waste line–that’s the part of the pipe that carries waste water away from your home–and then crank the snake clockwise to push the auger deeper into the pipe. If you feel obstructions, slightly pull back, and then continue to crank the snake forward. You’ll know you’ve hit a clog if you first feel resistance, but then feel the snake break through the blockage and become easier to crank forward.

Start to withdraw the snake by cranking its handle counterclockwise. Wipe the gunk off the snake with a rag or paper towels as you pull it out of the pipe. Now, insert the snake into the pipe again and crank it forward. Repeat as many times as necessary until you no longer encounter any resistance.

Reassemble the sink’s trap and turn on the water. If your sink still doesn’t drain, the problem could be further down the plumbing than you can reach with a snake, or caused by a more serious blockage, such as tree roots breaking into the pipes, and the time has come to call a plumber.

RELATED: The 10 Biggest Mistakes You Could Make at Your Kitchen Sink 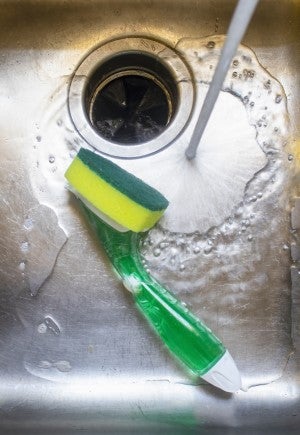 Once you’ve unclogged your drain, keep it open by following these guidelines.

Get a Free Estimate

Miracle Steam is an Irving based carpet, tile, grout, rug and upholstery cleaning company that fully understands the importance of customer service.

Preparing for Your Visit